A Visit with Karl Erik Andersen, Founder of ExpectingRain.com 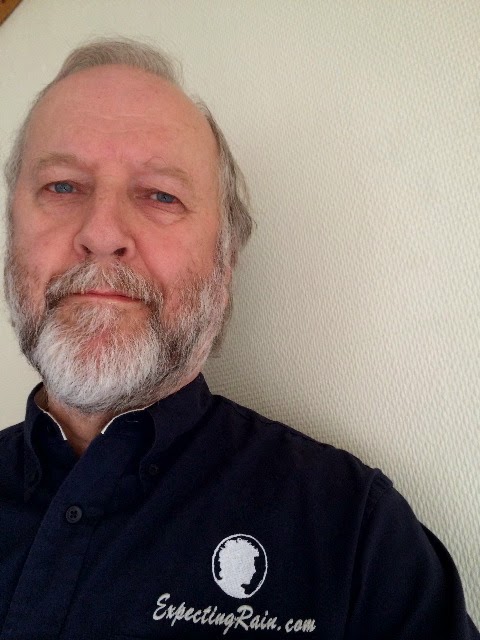 ExpectingRain.com was one of the pioneer Bob Dylan sites on the Web featuring all things Dylan including Dylan's influences, lyrics, records and the latest concert reviews. Essentially the site was a mashup of daily news stories and reviews, but it's now evolved to include forums and more. The Webmaster here is Karl Erik Andersen, who agreed to share a little bit about one of many fans' favorite sites on the Net.

EN: Where are you from and how did you first come to take an interest in the music of Bob Dylan?
Karl Erik Andersen: I live in North Norway and heard "Blowin' In The Wind" and "Positively 4th Street" on the radio when I was around 15. My first Dylan album was "Bringing It All Back Home", and I think I knew the lyrics by heart. It is still one of my favourite albums.

EN: ExpectingRain.com is an impressive undertaking. What prompted you to start this Dylan-themed resource?
KEA: In 1994, where I work at the National Library of Norway, we had computers and I tried out Gopher and then Mosaic. After the web server software MacHTTP, later WebStar, became available, I set up a web server on my Mac II fx desktop at work. I later bought that Mac for myself for NOK 100, and maybe I should auction it off for a fortune when the site turns 25 in five years!

The content I published was the Dylan Atlas and the Bob Dylan Who's Who, which I had previously distributed by email for a few months. A few years later I moved the server to a paid hosting service in the US, and it is now served by HostGator in Houston TX.

Over the years the site has developed into a news central, and I now publish a daily set of links to items of interest, both directly and indirectly and not at all related to Bob Dylan. Most of these links are sent to me by contributors, and I select among the tips I receive. I don't have the time to read every story, and I may not agree with them either, but I trust my readers to possess both common sense and a bit of basic knowledge about Bob Dylan.

In 2004 I set up a discussion board. The initiative came from my son, and my daughter has helped with the technicalities. The board has become quite popular, with 24.000 registered users and an average of 370 posts a day. I gather it means a lot to many people. I only visit occasionally. I am dependent on the very capable moderators who voluntarily take upon them to prevent the board from turning into chaos and name calling. I and the members owe them a lot!

EN: Do you also collect his music or memorabilia?
KEA: Where I grew up, there were no organised Dylan fans and no bookstores with Dylan material, and certainly no record shops with bootlegs on offer, But after the Internet all these things came within reach. In the mid-Nineties I got quite a few cassettes by trading through the mail, and I started buying Dylan books from Amazon. Nowadays the tapes are stored in a secluded but dust-proof place, and I actually donated about 120 Dylan books to the National Library.

I try to order new Dylan material through Amazon or a Norwegian store, but make no attempt to be a completist. But it's nice to have both the CD and vinyl Bootleg Series on my special Dylan shelf. Through a very helpful reader in Berlin I even have a sealed copy of the first Copyright Collection from 1962.

EN: Why do you believe so many fans never seem to tire of Dylan?
KEA: Bob Dylan is an artist you don't tire of, or if you do tire of him, you find lots of reasons to return to the fold. He is a shape-shifter who winds his way through almost all forms of music that have ever been current in America, and you can tune into DylanRadio.com and be surprised every hour of the day.

EN: How many countries contribute to the site (including the forums)? How many of the contributors to ExpectingRain have you gotten to know?
KEA: The visitors to Expecting Rain come from all over the world. Still, most are North Americans and Europeans. A rough distribution may be 50% US, 25% UK, 15% Germany and then all the rest. I have met a few of them at concerts in Norway and the UK. Last year I attended the three Royal Albert Hall concerts, and I was pleased when people came over and shook my hand.

EN: How long do you think you’ll keep doing this? Is it still fun?
KEA: The site is now 20 years old and the 25th anniversary will call for some planning (Suggestions welcome!). Doing this is so much a part of my daily routine that I don't see how I can stop it, much like a certain artist's urge to go on the road almost 100 days a year. I will keep up as long as I feel there is a demand for this service. If the logs show a steep decline from the present 15-25,000 unique daily visitors, I may have to reconsider.