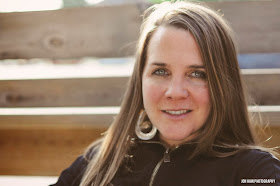 I recently noticed Mary Bue's Kickstarter campaign on Facebook and was impressed that she this is her sixth CD. As soon as I saw it I thought the cover art was pretty cool. I've a had a listen, actually several, and it's a very strong addition to her previous work.

She was born in Princeton, Minnesota. Her father is a physician and her mother taught piano, so her musical inclinations come naturally.

One thing you notice right off if you've met Mary Bue is her very positive vibe. She generates a good energy as soon as she enters a room. She's both talented and authentic, with something to say.

EN: When did you first become a musician who performed her own songs?

Mary Bue: I was "dared" by some college friends to take my originals out of my dorm room and down to an Open Stage when I was 17, in 1998. It was exhilarating.

EN: Your recorded your first CD when and how do you feel about that first effort today?

MB: My first CD "Where the Monarchs Circled" was recorded in 2000. I feel that the songs are very RAW but have an ethereal, spiritual quality about them. The collection of songs have a same-ness about them, slightly long-winded, but the passion was there and I was certainly bearing my soul. It wouldn't be the first CD I would recommend to people wanting to learn about my music, but I value it as my first effort and feel proud that I put myself out there so young.

EN: You seem to have developed quite a following. To what do you attribute this?

MB: Thank you! I tour quite a bit -- I have hit almost every state in the US except Hawaii and Alaska -- and I keep a collection of email addresses to stay in contact with people who have liked my music. I share it on a variety of platforms as well. I've done digital distribution so you can find it on iTunes and various internet radio platforms as well as on my website. I have recently embarked on a college radio campaign to 300+ stations so I'm hoping it will reach a larger audience. Time will tell ...

EN: Your current album, Holy Bones, covers some different themes from your previous work. What prompted you to write about death, desire and materialism? 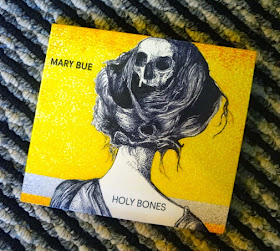 MB: It has been a wellspring of observations of my own mortal coils and watching my fellow humans grasping for "things." I heard an interview with woman very close to death and she mentioned putting "luggage tags on all the the furniture" to leave them to her family members. Something about the way she spoke struck a chord with me - you really can't take it with you. All of our material items will eventually disintegrate, as we will also turn to dust.

I struggle with watching people buy so much crap, such a throw-away society... I am not immune to this, certainly not perfect, but I try to value relationships and experiences over material things. I've also studied yoga philosophy and some Buddhist teachings that resonate. The seeds of desire, once sprouting in our minds, can take over our lives and blind us. And yet, thoughts and desires change moment to moment. With more awareness of the mind, we can come to grips with desire and perhaps reduce suffering. I also include in this new album a song called "Veal," anthropomorphizing a calf destined for slaughter in the veal industry. Factory farming and animal cruelty also spring out of this material desire. Desire for a taste, just a passing digestive fancy which seems so brutal and selfish to me... Again, I don't claim to be an expert or perfect, but just an observer (who tries not to add to the suffering of beings...)

EN: How long have you been performing and what are some of the things you've learned from you experiences as a musician and recording artist? 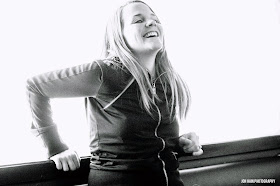 MB: I've been performing since a child in church Christmas programs & puppet shows for my parents but with my original music I began when I was 17. I have learned, gradually, to try and balance my sensitivity & vulnerability with strength. I have been criticized for being too vulnerable and too sensitive but over time I'm learning that this is not a bad thing that I should be ashamed of. We are taught to be so STRONG and "don't let them see you cry" but I think that as emotional beings, to stuff it all down will just lead to a midlife crisis, explosive rage or worse! So, I say FEEL IT! And so, I sing about it!

EN: Where can people go to support your Kickstarter campaign and/or purchase your music?